From housewives to bankers, mobile augmented reality is set to become mass market in India 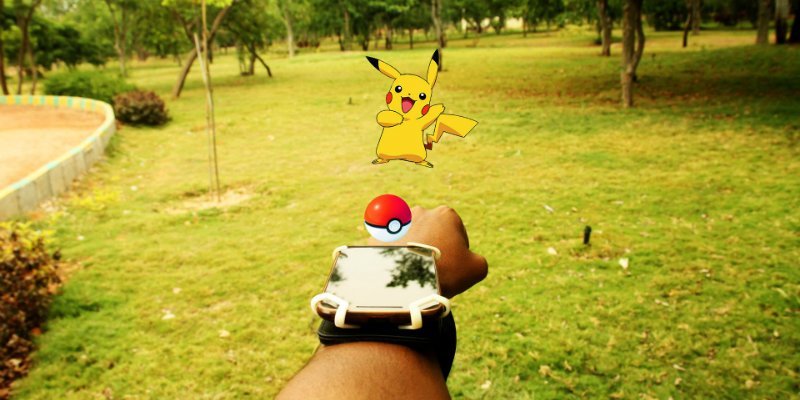 Augmented Reality (AR) is no longer a futuristic reality. Reducing development costs and mass adaption of mobile phones are bringing the technology closer to the masses.

Not so long ago, augmented reality (AR) seemed like a distant dream. The technology, which blurs the line between what’s real and what’s computer generated, enhances what we see, hear, feel, and smell. It adds smell, sounds, graphics, and haptic feedback to the natural world, and unlike virtual reality, which creates a totally artificial environment. AR uses existing environment and overlays new information on top of it.

The best example is Pokemon Go, the AR game that increased Nintendo’s market value by $7.5 billion. After the launch of the mobile AR game, nearly $12 billion was added to the company’s market value.

One of the biggest games in mobile history, Pokemon Go smartly leveraged the use of the smartphone. It used GPS, and everything that people were already using, and added a layer of technology.

AR today no longer sounds like a wildly futuristic concept. According to a TechSci report, the AR and VR market in India is projected to register a compounded annual growth rate (CAGR) of 55.3 percent between 2016 and 2021.

Rajesh Rao, Director Nasscom Game Developers and CEO, Dhruva Technologies, at the recently-concluded Unite India 2017 gaming event in Hyderabad, said, “The market is still in its exploratory stages. Developers and users alike are looking at different ways of playing with this technology. Initially, AR and VR were specifically used by gamers and game developers. Today, the scenario is changing. There seem to be use cases for every possible sector. I heard a large public sector bank in India is looking at AR to help housewives look into their bank lockers from their homes.”

While AR and VR have been around for at least 10 years now, each passing decade seems to make the technology more robust, seamless and accessible.

Vipin Goyal, Chief Strategy Officer, Veative Labs, says: “AR and VR bring in the power of reality and the augmented or simulated space, and there can be multiple use cases of the technology.”

With mobile phones getting smarter, developers are looking at devices that people already have in their hands to transform experiences and learning. Interactive maps and virtual showrooms can all be created with a technology overlay on GPS and camera.

Quentin Staes-Polet, Director of South Asia Pacific, Unity Technologies, explains, “There is a mass adoption of high-end mobile devices, thus giving developers the exploratory power to look at different forms of content and displaying that content.”

However, in India, currently there is a feeling that VR and other immersive technology is for a privileged few. The question remains: Are AR and VR technologies mass friendly?

Breaking that barrier and mindset with practical solutions will shift the industry to the next gear.

A growing sector use for AR

Quentin says over the past 10 years the way we have been using AR is being used in different industries. One of the biggest users of gaming, according to the panel, has been the defence sector not just gaming or entertainment. The term, in fact, was coined in 1992 by the researcher Tom Caudell.

“If you look at it, Google Maps has been using AR, the transportation company Uber has used AR to a certain extent,” Quentin adds.

While the technology has been used for years in the military and corporate training purposes, the costs were exponentially higher. Today, the prices of devices have dropped significantly and they have become more accessible. Also, the impact of immersion has been studied beyond fighter jets and taken to a larger use case.

The most obvious one is stimulated learning and training. The principles applied to heavy machinery and fighter jet training are now being seen in schools and colleges.

Citing an example, Quentin says, “I recently visited a transportation company in Singapore where they are using AR for taxi driver training.

The risk associated with training, quality and retention automatically gets higher. And since the cost is dropping significantly, adoption across sectors is rapidly growing.”

Dropping cost of devices and development

In India, there are startups like Scapic that build AR and VR content without companies having to worry about coding.

“There are several use cases of AR even in K12 education. The study of subjects like biology, mathematics, and other sciences can become easier with AR and VR and that is what we at Veative aim to bring,” Vipin adds.

Hubret adds that even though the size of the Indian market is smaller than China, it is growing fast and is interesting in terms of demand in AR and VR.

However, we still have a long way to go. When we look at our per capita income, we are still believed to be 10 years behind China.

“And by the time we get to where the Chinese are now they would have gone further ahead,” Rajesh explains.

India is currently an opportunity driven market. We need to bring in developer skills for AR and VR into college courses and curriculum to help train the right kind of workforce.

India already has a huge market of trained IT service engineers, who put the country on the world map.

Vipin believes it is a matter of capitalising on existing talent and training them with the right skills. The Stanford Biodesign programme, for example, is currently using AR and VR. The idea is to train students and develop their skills early on.

“However, everyone is looking at AR closely and at the devices that people hold in their hands to make the technology more accessible. In the next five years, we will see a shift not just in the use cases but also in jobs,” Quentin explains.

As we discuss different use cases, Niantic Labs is all set to launch Harry Potter’s wizarding world game with AR in 2018.

In India, adaption is yet to touch masses and infrastructural challenges need to be worked on. But experts believe that the market is warming up to AR and VR and will soon reach a mass audience.