How virtual reality could improve our health treatments 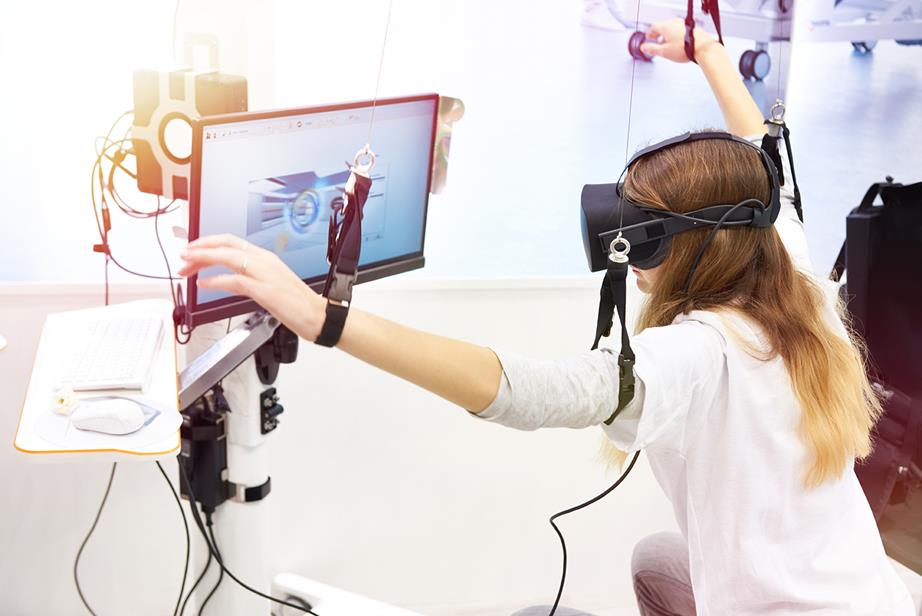 The latest virtual reality technologies offer the potential to improve the treatment of everything from spinal injuries to phobias.

Virtual reality is often seen as being about entertainment and the latest computer games, but the technology is increasingly being used to improve healthcare. Both here and overseas, researchers are harnessing virtual reality to achieve incredible things such as restore a sense of feeling to people with spinal cord injury, help women manage labour pain, enable people to overcome long-held phobias and allow physiotherapy students to get to grips with the human anatomy. Here we look at how virtual reality is changing healthcare…

Any woman who has experienced labour will understand how excruciating the pain can be. Experienced midwife, Lorna Massov, is investigating whether immersing women in a relaxing virtual reality world during labour can help ease anxieties during childbirth and ease the pain. By wearing virtual reality goggles, women will see a series of realistic, three-dimensional scenes such as beaches, waterfalls, lush green forests and the universe and solar system. Women will operate the easy-to-use headset and their heart rate and blood pressure will be monitored as they experience the virtual scenes. Women will also rate their pain in the real world and while in the ‘virtual’ world, too. Lorna has just begun her research at Victoria University in Wellington and is recruiting women willing to wear the headsets for 10-minute periods during pregnancy. “I’ve spoken to midwives and pregnant women about the scenes they’d like to look at and they’ve highlighted nature-focused scenes, water features and landscapes. The idea is to create a relaxing virtual environment during labour,” says Lorna. “Labour is a complex process and women are concerned about managing the pain and feeling in control of the birth. Some women use hypnosis, music, visualisation and hydrotherapy to distract them during labour, and virtual reality can be another distraction.” Lorna adds that hospital environments can be sterile, and so placing women in a more relaxing virtual environment may also help reduce the anxiety sometimes associated with being in the hospital.

Around half of the people who suffer a complete spinal cord injury can’t feel or move their legs, but surviving spinal pathways maintain a weak connection between the legs and brain. Associate Professor Sylvia Gustin, a senior neuroscientist at NeuRA and the University of New South Wales, is investigating how virtual reality could strengthen the signals that travel via the surviving spinal pathways. “We are using virtual reality to connect the brain with the legs again,” explains Associate Professor Gustin, who is collaborating with the University of Alabama. The technology uses virtual reality goggles and wrist sensors that detect upper body movement, such as the movements made when people walk. The person using the technology is represented as an avatar in a virtual scene and their movements are fed back to the virtual experience to create the perception of walking. “We need to let the brain think the movement is real because when the brain thinks it is real, the areas of touch and movement in the brain are activated,” explains Associate Professor Gustin. “Through the virtual goggles a person sees someone touch them and we do touch them. The person can’t feel that touch, but we know that touch information goes from the legs to the brain and helps the brain learn to identify weak signals again.” During a pilot trial in the US, people said they felt as if they could walk naturally again and that they were no longer aware of their wheelchair. “Imagine not being able to feel your legs for years and suddenly some sense of touch returns, and you can feel sand or grass between your toes,” says Associate Professor Gustin. “This technology provides hope for people with spinal cord injury.

Virtual reality is being used by some health professionals to bring home the harsh truths around the state of their patients’ heart health. Swedish-based researchers say that while people often know how dangerous and potentially damaging their lifestyle is for their heart, all too often this doesn’t lead to behaviour change. Virtual reality images directly show patients the condition of their own arteries and the build-up of plaque in those arteries that significantly raise their risk of cardiovascular disease. The research involved more than 3000 people who, after a blood test and ultrasound were given an image of the plaque formation in their arteries and a gauge that ranged from green to red to show the biological age of their arteries compared to their chronological age. A year after those images were shared, researchers found they had been an effective wake-up call with people more likely to have reduced their cholesterol and their risk of cardiovascular disease.
“Cardiovascular disease is the leading cause of death in many countries, and despite a wealth of evidence about effective prevention methods from medication to lifestyle changes, adherence is low,” says Professor Ulf Naslund from Umea University. “Information alone rarely leads to behaviour change and the recall of advice regarding exercise and diet is poorer than advice about medicines… this trial shows the power of using personalised images of atherosclerosis as a tool to potentially prompt behaviour change and reduces the risk of cardiovascular disease.

If you have a fear of heights, are terrified of spiders, or can’t stand being in a confined space, virtual reality may help. Some clinics are gradually exposing people to their fears using headsets that place the person in a virtual setting where supported by a therapist, they face their phobia. “They will already have been given some skills to help manage their anxiety,” says clinical psychologist Corrie Ackland. “Then, the individual puts on a headset and enters a 3D environment as an avatar. If someone has a fear of heights, we might start them in a lift and send that lift to the second or third floor. Then we go a little higher. Later we might place them on a rooftop or bridge or on a plane. And they are totally immersed in that environment – so if they turn their head to the left, the scenery they see moves to the left, too. “If someone has a fear of spiders, we might start them in a virtual scene with a spider in a tank. They might get increasingly closer to that tank and perhaps the spider will move or get bigger. Then the spider might be outside the tank and, maybe eventually, the person will touch the spider. But the therapist is always in control and it is never designed to be scary.

Physiotherapy students are using virtual reality to better understand how joints and muscles move. The Microsoft Research Centre for Social Natural User Interfaces at the University of Melbourne uses projectors and Microsoft Kinect sensors to project layers of muscles and bones onto a volunteer ‘patient’. It gives students an internal and 360-degree view of how the human body moves. “Students see a projection of virtual muscle and virtual skeleton on the body of a volunteer student – the body becomes alive animated canvas,” says Dr Thuong Hoang, a lecturer in virtual and augmented reality at Deakin University. “We’re potentially looking to partner with physiotherapy clinics to introduce a smaller scale version. I’d like to see the technology help communication between doctor and patients – the doctor can use the information and project it on to the patient’s body so they can better understand their injury and condition and it may help patients better understand the recovery process.” Dr David Kelly teaches physiotherapy using the technology and says it helps students who struggle to picture a 2D image as a moving 3D image. “It can be quite difficult to take an image from a page and imagine how that anatomy is moving and working,” he says. “But as the live model moves students can identify bones, joint movement and the muscle actions in real time. They visualise dynamic anatomy when in the past, they had to imagine it.