The Future of Augmented Reality in the Enterprise 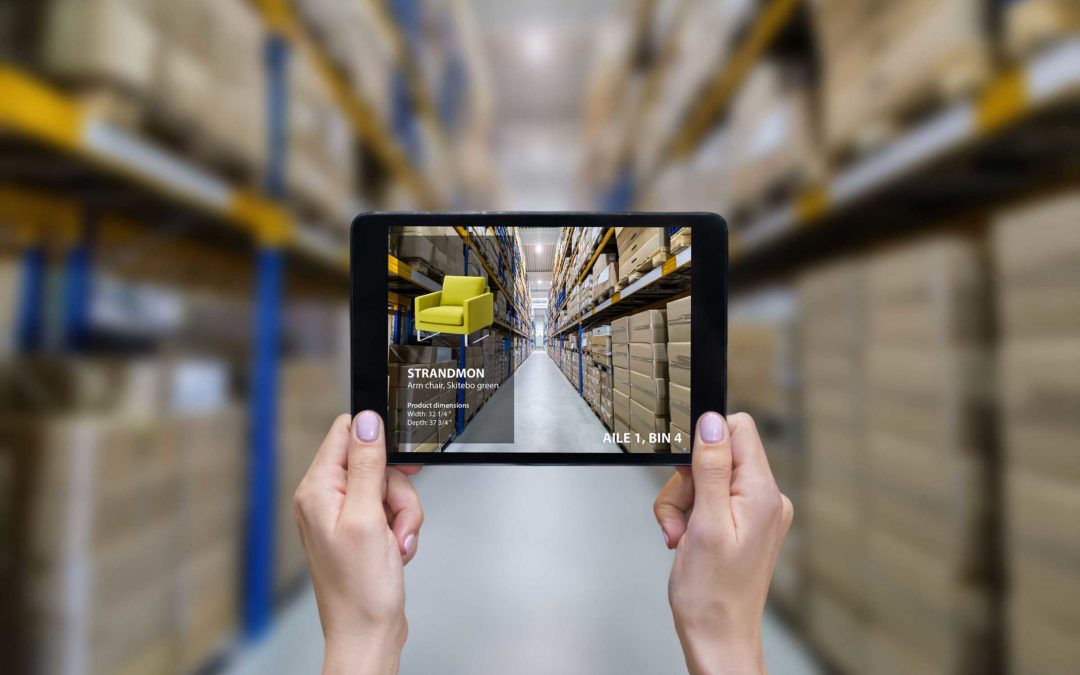 Sales of headsets and other augmented reality (AR) devices may have stagnated, but all predictions indicate that the future for AR is bright. Recent research from New York City-based ABI Research earlier this month, for example, shows that with the promise for consumer AR in the coming years, vendors are working on potential applications for the enterprise market too. The report also found that the augmented reality hardware market is ripe for innovation and transformation especially in the diverging capability demands for displays coming from divergent consumer and enterprise requirements.

Earlier this year, further research from the same company shows that AR and VR will be the next innovative technology that will improve and impact the retail and marketing sectors. According to the report, consumer demand for a better shopping experience is enabling e-commerce and digital marketing vendors to build better customer experiences using VR and AR.

Already, the research shows, automotive companies and travel agencies are effectively using VR as a marketing tool. Virtual test drive and a 360-degree view of vehicles are attractive marketing tools for consumers. Similarly, 360-degree video of travel destinations and virtual tours before buying a travel package or airline tickets are great platforms to assist travel ticket sales. Furniture and home improvement stores have been early adopters of VR in the retail segment.  Meanwhile, Walmart’s recent acquisition of VR software company Spatialand shows just how much retailers are expecting VR to bring to the table. Is this, then, the future of AR and VR?

According to Robert Radek, founder and CEO of Gibraltar-based GEON Network, AR technology is used in a wide range of markets including commercial, gaming, retail, and e-commerce already. Some of the key players in the space are Immersion, Magic Leap, Apple, Sony, Microsoft, PTC, Google, Infinity Augmented Reality and Samsung Electronics. “As a search term, Google reports have shown increasing interest in the topic of “AR” and “augmented reality. There is a growing audience interest as well as estimated market growth. Therefore, in the immediate, medium, and long-term we are seeing exponential growth potential,” he said.

He added that what may be causing stagnation in sales of technology using AR such as headsets is that currently, products offered only address a small market of those interested in using the technology for reasons related to leisure such as gaming. This shows us that there needs to be more of a meaningful connection between AR, and the online space.

If AR is already being used in enterprises, according to Karen Shackman, founder of Shackman Associates New York, which manages corporate meetings and events, the key to the future use of AR in the enterprise is making sure that it is not a one-time experience. “While AR has been a major component of destination travel events like Scavenger Hunts, I see it expanding to activation stations at both corporate galas and basically, anywhere,” she said.  “In cities like New York, AR has the potential to provide new kiosks that can enhance visitor experiences and provide companies with product marketing opportunities to locals as well. “They key to AR is not making it a one-time experience. Whether it is travel or an ongoing promotion, it is critical to keep the experience going to optimize ROI.”

John Buzzel, president of YOU ARE HERE, points out that if there is stagnation at the moment, it is only temporary. Like many tech trends, AR is making it easier for companies to find ROI in immersive technologies. While shipments of consumer-grade mobile VR headsets fell in in the first quarter, the installed base for mobile AR is close to one billion devices because it uses existing hardware. Considering this increased mobile AR adoption, new features in iOS and Android, and imminent hardware releases, 2018 shaping up to be a big year for AR technology, with much more to come. “The reason for this is simple. Having survived the initial hype, AR has now entered a practical phase where organizations and consumers are finding valuable use cases and effective approaches. In this phase, it’s natural that adoption is moving slowly but also deliberately,” he said.

He added that currently, Apple, Google, Facebook, and Snapchat offer features and apps where consumers can use AR in their daily lives. Meanwhile many technological developments are chipping away at AR obstacles, with moves toward improved ease of use, enhanced developer tools, improved networking, greater utility, higher performance, and lower costs.

In the next two to three years, AR software will benefit from lots of incremental improvements to application features, integration and performance. Augmented reality is being built into major web browsers like Google Chrome, and Apple Safari, removing the need to download apps thus prolonging the value of websites. Meanwhile, OEMs will continue to experiment with device features and pricing.

Long term, new digital standards for AR will be adopted as it becomes both content and interface, seamlessly joining the current disjointed and noisy sea of screens each of us inhabits. With billions being invested by the largest companies in technology, AR isn’t just a feature anymore. This technology is on the edge of becoming XR (Extended Reality), David Xing of NJ.-bsed Plott said. XR starts with the combination of virtual and augmented realities, using VR to experience your environment and using Augmented Reality to change how you would like it to look.

XR offers greater interaction with the physical world using AR and VR so that they are not just viewing the world virtually but also altering corresponding points in the real world. It is the combination of immersive technologies and the ability to change the physical world around a user that will be important. Xing predicts the emergence of XR with its crossover nature is going to expedite the development of both augmented and virtual realities. “…whether it’s a new college student decorating their dorm or a construction professional building a house, XR is a way to use emerging technology to solve age-old problems in a way that could never been solved before,” he said.

In the short term, it’s going to be mobile AR that takes the lead, says Xing. “…because this means that everyone will have an AR device in their hands. As the applications development for mobile, people will start to see the need to bring this experience to a headset,” he says.