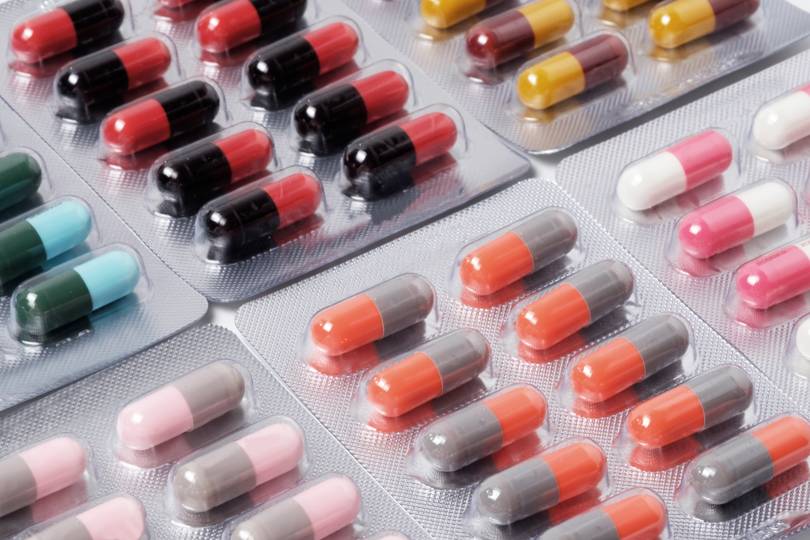 What one thing do scientists really need to help them discover new life-saving drugs? Virtual reality

Blue skies, streaked with clouds – an unending expanse of the grid to stand on – and one massive molecule: in the drug-discovering virtual world, for the first time, scientists can get up close and personal with the drugs they’re designing. Grabbing hold of a virtual molecule, floating in space before them, using two lightsaber-wielding claw-like hands, the chemist can get as close to touching the desired structure as is (meta)physically possible.

Drug discovery company C4X Discovery (C4XD) has developed its own VR tool, 4Sight, to help its chemist visualise the structure of complex molecules and come up with new drugs. C4XD develops new drugs for conditions like cancer and chronic addiction – the company is, for instance, working with pharmaceutical company Indivior.

Biochemists at C4XD are today using virtual reality technology to develop drugs which treat respiratory conditions and neurodegenerative diseases like Parkinson’s and dementia. The company had been using its incredibly detailed proprietary database in its work, and have just partnered with Invidior to try developing a drug that treats addiction. This database records an unusually high level of information about each drug molecule, the different formations it takes, and how often they take them. But, over the past six months, chemists at the company have begun using 4Sight to develop new drugs.

“Starting to use VR was quite transformative because all of a sudden the molecules become part of my world and I can manipulate them in space just ahead of me, like you would do comparing two oranges and two apples,” says Thorsten Nowak, a medicinal chemist at C4XD. With the VR platform, drug discovery “became as visual as it can really ever be”.

Nowak says chemists tend to be visually-oriented people, but their imaginative work as scientists is limited by not being able to visualise molecules in any great detail. In the past, like other scientists, they’d use plastic ‘ball-and-stick’ models to represent drugs. But these were static; now, with the new technology, they are able to see the molecule right before them, as well as the range of shapes it might take. Since they began working with 4Sight six months ago, comparing potential drug molecules, it has acted as a spur to the visual imagination necessary to designing drugs.

“If you’re watching television you can see all the action, but you’re never really part of it,” Nowak says. “[Using VR], molecules almost become part of your world. So it is as if you were participating directly. You can manipulate them as if they are objects that are part of your environment.”

The tech is increasingly crucial to the biomedicine team at the company. Encouraged by the results they were seeing from the additional information they were able to store about molecules, they decided to do more with this information by modelling it in VR. Enabling scientists to see the structure of molecules with more accuracy and precision than they can in two dimensions, the company hopes to be able to develop better drugs.

Molecules change shape all the time. In drug discovery, you’re looking for the molecule which has the right shape as often as possible. Having the ‘right shape’ means both that it is more likely to bind to the protein in question – so, for instance, the orexin receptor, governing craving – and treat the associated issue, as well as have the fewest side-effects. While molecules change shape all the time, some will have the right shape more often than others – and it’s this you’re looking to find.

Craig Fox, the chief scientific officer at C4XD, uses the ‘lock and key’ analogy to sketch this out. “You’ve got a lock inside your body which is the protein that the drug targets – drugs generally target one protein in the body,” he says. You’re trying to find the absolute best key to bind to that protein. The idea is to then map the protein’s structure, looking at “known keys” that successfully bind to it and treat it. These known keys may not work extremely well but do still interact. This is your starting point; from here, you refine.

You can use these inexact models to imagine what might make the best ‘key’ in an ideal world, treating the disease more exactly and causing fewer side effects. In the case of orexin, you want a drug that can interrupt craving but not mess with wakefulness. Chemists work with the belief that a specific form of the molecule (called a ‘conformation,’ where atoms in a molecule rotate can around a chemical bond to form subtly-new structures) will be able to do this: bind with the receptor but not mess with other functions.

It is always a process of trial and error – from early iterations to eventual drug trials – to find which molecule works best. C4XD says their VR technology, along with the greater detail they have about each molecule and its shapes, reduces the margin of error in their part in the drug discovery process: the phases of experimentation before a drug goes to trial in humans.

Lead developer on the 4Sight tool, Philip Muwanga, who comes from a background in games design at Ninjar Studios and Pixelbomb Games, but wanted to move into work that helped people, had to a take a crash course in the complicated science underlying drug discovery in order to create something that would be useful to C4XD’s scientists.

After messing around modelling the hoped-for perfect molecule, scientists can go ‘inside the protein pocket’ – the molecular receptor with which the drug molecule binds. In VR, this protein is depicted as a complex arrangement of round globules, compared to the drug’s more spindly structure. The chemist can enlarge so far that they can actually situate themselves inside it, mapping the molecule onto the structure to try and get the right fit.

The team behind 4Sight is also in the process of trying to create ‘molecular sonification’ which would add sound to the process of modelling molecules (imagine a series of satisfying pops and clicks) to help gamify drug discovery further. Muwanga says the Microsoft Hololens is not yet developed enough but that eventually this process would ideally be done in AR – so scientists can work together to devise new drugs.