Augmented reality can finally become more than a fad

Anshu Dhanuka and her husband Anupam had not thought of creating content using augmented reality (AR) for their edutainment app Kiddopia till Apple announced its ARKit, a set of software development tools for AR on iOS 11, in June.

“We had enough other stuff to do and the tech (for AR) was not there.” What she means by that is till Apple put its imprimatur on AR, developers had to use third-party platforms to create AR content for iPhones and iPads. But ARKit makes their job easier. It took the couple all of three months to put an AR game, Pet Buddy, on the Kiddopia app in November and Dhanuka says that resulted in a 20% jump in downloads of the app. 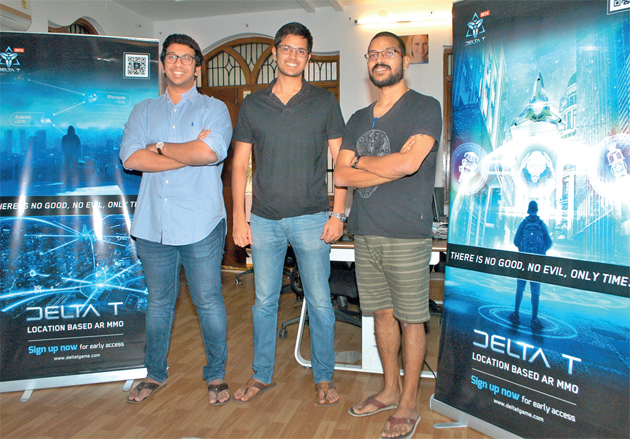 
“ARKit is easy to use and understand. The way AR can be implemented is phenomenal.” The game, which involves a dog that can be fed and made to walk, and is presently free, will soon be bundled into the app’s subscription service. Kiddopia is also using AR to create another game, where kids can place a three-dimensional Christmas tree anywhere in the house and even decorate it.

AR, which became popular thanks to the game Pokemon Go, overlays virtual data and images on the physical world; it can be flat 2D objects, which is what AR has largely been so far, or more immersive 3D images, which is possible with improved image and motion sensing of ARKit and Google’s ARCore, a successor to the company’s Tango project, and the power of high-end mobile devices. ARCore, unveiled in late August, presently works on the Pixel, Pixel 2 and the Samsung Galaxy S8, provided they are running Android 7.0 Nougat or a later version of the OS.

But more devices will soon be compatible. ARKit, on the other hand, is compatible with the iPhone 6S and above, and all the iPad Pros and the iPad launched this year. When the Pixel 2, iPhone 8 and iPhone X were launched recently, their AR capability was one of the features which were talked up, making clear Google’s and Apple’s plans for the technology. The AR demos were among the interesting parts of the launches, including the multi-player game The Machines on the iPhone 8 and the Stranger Things stickers baked into the Pixel 2 camera. 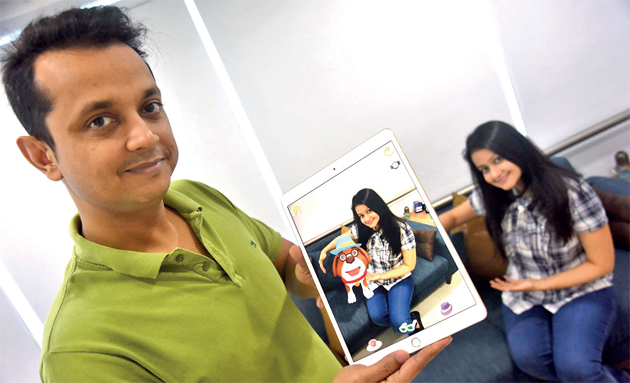 Google and Apple are not alone in their quest for AR dominance. Snapchat is also betting big on the technology, and Microsoft is pushing what it calls mixed reality through the HoloLens, which combines elements of AR and virtual reality. VR is an immersive, 3D virtual environment that the user can interact with. VR devices can be cheap smartphone-powered options like the Google Cardboard and the more expensive Google Daydream View and Samsung Gear VR. They can also be ever pricier headsets which are connected to a computer, like the Oculus Rift and HTC Vive. Facebook bought Oculus for nearly $3 billion in 2014. Magic Leap, a secretive AR startup valued at $6 billion, has money raised from a range of investors, including Google and Alibaba. 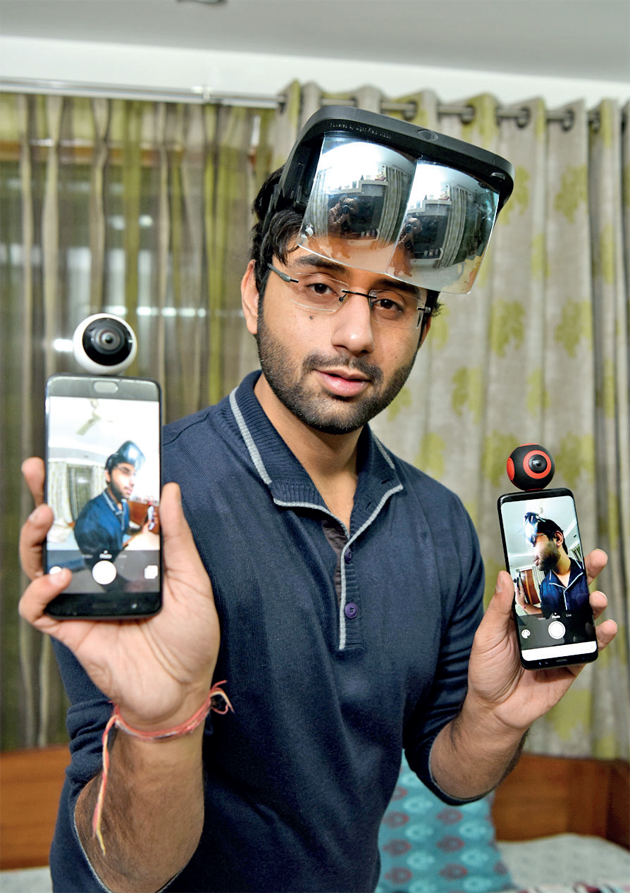 Unlike VR, AR can be delivered through just a smartphone, making it, on paper at least, more scalable, given that the user need not buy an additional gadget. Apple’s chief executive Tim Cook in an interview this year said AR could be a “big idea like the smartphone” and he had mentioned in another interview last year that it is bigger than VR because it “gives the capability for both of us to sit and be very present, talking to each other, but also have other things visually for both of us to see.” He added that VR will have a “lower commercial interest”. 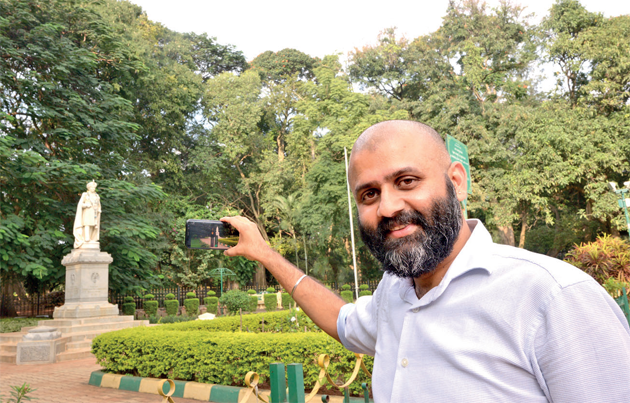 Market Prospects
VR has not lived up to the hype around it and that is partly due to the high cost of some VR headsets. The HTC Vive is priced at Rs 77,000 on Amazon and the Oculus Rift can be imported for Rs 44,400. Though the Samsung Gear VR and Google Daydream View are much cheaper, unless you are an avid gamer, there is no compelling reason to pick one up yet. They are much like smartwatches at this point: they are cool but you are not missing out on a lot if you don’t have them. But the prospects for the AR and VR market put together are bright. IDC, a market-research firm, expects AR/VR revenues to rise nearly ten times in three years, from an estimated $13.9 billion in 2017 to over $143 billion by 2020. The Indian AR/VR market, on the other hand, could see a fourfold jump in the same period and could touch nearly $1 billion by 2021, according to TechSci Research, another market-research firm.

Vijay Karunakaran, founder and CEO of In-Gage Technologies, says Apple embraces a technology only when it sees a big market for it. “The way it kickstarted the App Store ecosystem, it is going to do the same with this (AR).” Last month, Bloomberg reported that Apple is developing an AR headset with its own display and operating system, which will likely be available by 2020. Neither Apple nor Google responded to ET Magazine’s queries. Krishna Milan Rao, cofounder and CEO of Hyderabad-based Empower Labs, which is developing an AR game, says the development time will come down with the new AR toolkits. “They help you map the environment better.” He adds that presently, a lot of AR apps are location-based and so the internals of a phone do not really matter. His company’s mutli-player time-travel game, Delta T, which will launch in March, is also location-based. “We try to do it such a way that it works on even the lowest-spec phone.” Empower, which recently raised close to $1 million in funding from angel investors, is currently experimenting with the new AR toolkits. 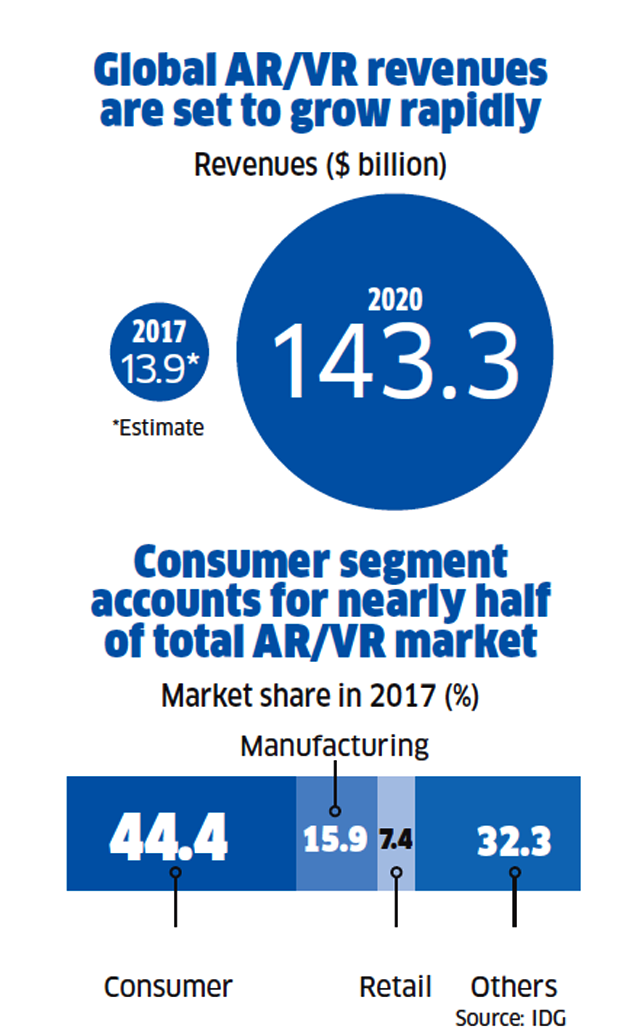 Yuvraj Krishan Sharma, cofounder of Kompanions, an education-technology startup in Gurgaon, says the dual-camera setup in phones like the iPhone X help with better depth sensing, making AR a more immersive experience. Several other high-end phones like the iPhone 8 Plus, the Galaxy Note 8 and OnePlus 5T also have dual cameras. Kompanions has created apps using Tango. Sharma believes education can be made more exciting by using AR, helping children grasp concepts better and faster. “It’s difficult to make a kid understand four times five and five times four are the same. We have blocks rising from the X-axis and Y-axis which merge to form 20 blocks, which makes it easy.”
Rao says with the recent advancements in hardware and software, AR does not seem gimmicky anymore. Vivek Jain, founder of FlippAR, concurs. “You had some characters popping up on your screen, that’s what what AR was. Now you will have real-world applications.” FlippAR, in which cricketer Chris Gayle has invested an undisclosed amount, helps furniture stores and art galleries help their clients visualise how their wares will look in their living room or on their walls. FlippAR works with the government of Karnataka and has put 70 monuments and statues in Bengaluru in an AR app. A visitor can see facts and old pictures of a monument when she points the camera at it. Jain believes it will take quite six to eight months before the new AR toolkits’ and phones’ potential can be realised.

Compatibility Counts
IDC says the consumer segment accounts for over 44% of the global AR/VR market. The enterprise market, though fragmented among manufacturing, retail and other sectors, has a lot of potential, too. InGage has, for instance, created an AR app for Ashok Leyland’s school buses, which can be handier during a sales pitch than just a brochure. AR is also used by e-commerce and retail companies to let customers try on a pair of glasses or clothes, and both AR and VR, and even mixed reality are used in medicine and training of workforce in companies. The HoloLens is being used by the LV Prasad Eye Institute in Hyderabad to teach the anatomy of the eye. Anshul Gupta, research director at Gartner, a consultancy, says while business can do without AR, using it can be more efficient and cut costs in some scenarios. There are attempts to make helmets and car windshields AR-compatible.

Kshitij Marwah, founder of Tesseract Imaging, feels AR is still at a very early stage. “It’s something you experience once in a while. But in the next 5-10 years, we will move to a post-smartphone era with something like glasses and with AR embedded in that.” Google Glass, which cost $1,500, failed to make it in the consumer market but is still being made available for businesses. Tesseract is launching its holographic, AR headset, which works with Android phones and iPhones, at the end of this month. It will be priced at $149 for the retail market and $499 for the enterprise market.

Marwah, who used to head the Massachusetts Institute of Technology Media Lab India Initiative, says AR should be agnostic to the operating system. AR is still some time away from large-scale adoption, but as smartphone penetration grows in India (from around 300 million users now to 400 million by 2020), there is a huge opportunity. While usage of AR is bound to go up both among consumers and businesses, it may not still not become essential in the near future.