CHENNAI: India first got to see hologram usage enmasse, when Narendra Modi met lakhs of voters in the run-up to the 2014 election campaign by porting himself. For many of his fans in remote villages, it was like the next Prime Minister of India had ‘magicked’ himself to the venue.

Effects of holograms and teleporting, are now moving from political roadshows to corporate board rooms. With the new-age technology, one can now attend a conference by sending in your virtual avatar! One can also enter an apparel store and look, pick up and even try on virtual clothing! This cutting edge technology, which uses 3D modelling to create virtual personalities of people and clothing, facilitates effective communication and a more enhanced visual experience.

The Hyderabad-based Imaginate has taken 3D modelling to the next level, by partnering with PNB MetLife to create VR assistant ‘Khushi.’ The VR assistant helps customers with updating their KYC documents, change of name, address or nominee and even with settlement of death claims. Launched few days ago, its creators said that Khushi is superior in many ways to human assistants.

With its platform ConVrse, Imaginate has created a conferencing solution, which helps corporate executives teleport. In recent months, Imaginate teleported a senior executive at Tech Mahindra, so that he could address a conference many hundred miles away. 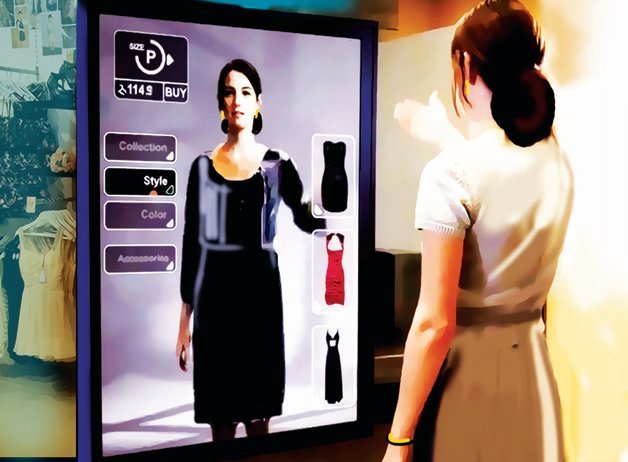 At Ingage, founder Vijay Karunakaran is working with a major German retailer, which has presence in 42 countries to 3D model their apparel. “With our platform, shoppers can enter a virtual store, pick out clothes, accessories and make-up and try it on their virtual avatar. Our 3D simulation is so good, that you can almost feel the fabric draped around you — we have designed it so that there is fluid movement of the clothes, how the dress fits, the fall of the hemline, etc. It is as real and sometimes better than the real thing — as one saves on a lot of time, energy and fuel with online shopping,” said Karunakaran. “While 3D modelling a mall or a retail store is easy, modelling clothes is difficult because of their dynamic nature and fluid structure.”

Ingage is also partnering with one of India’s big five on a 3D modelling project. The IT major, plans to use teleportation to capture objects and people real-time in 3D. At some VMWare offices, 3D modelling is being used to assist new joinees find their way around the campus. A 3D model of the different floors helps employees figure their way around by logging onto its V-Navigator mobile app, powered by Kinvey. From locating their colleagues to booking meeting rooms, employees get an estimate of time taken to reach the destination and the different routes available.

At Axis Bank, its mobile app makes use of virtual reality (VR) for engaging with its customers. Shoppers as they enter a mall get pop-ups with offers, discounts. As they enter they get a 3D view of the mall and all the stores in it on their mobile. Customers can look at dining offers, get cashback notifications, ATM locations as they drive or walk past those locations. The app also alerts customers to apartments for which the bank has pre-approved loans.

“In the last 15 years, we have been offering such discounts, cashbacks, incentives on our debit cards. Some customers, who are serious bargain hunters do make use of our offers, but the large majority don’t. This is because no one has the time to go through the list of the more than 200 clothing retailers we have tied up and see if they are present in their city/neighbourhood. But with the VR mobile app, its easy to reach customers and improves their experience,” said Amit Sethi, president and CIO, Axis Bank.