Tracking city-based businessmen across  the globe, who are collaborating with bigwigs and picking up accolades.

STARTING from automobile company Ashok Leyland (they launched India’s first indigenous electric bus earlier this week) to FMCG conglomerate CavinKare, with presence in over 20 countries, Chennai-based enterprises have been making impactful forays into foreign lands for a while now. More recently, we’ve been noticing startups setting up offices abroad, picking up awards along the way (think Freshdesk). In fact, one such player, Zoho Corporation, after setting up an office in California, saw their client base increase so much that they are now investing a fortune in an upcoming data centre in the country. We speak with four entrepreneurs who are making an impact on foreign shores and inspiring others. 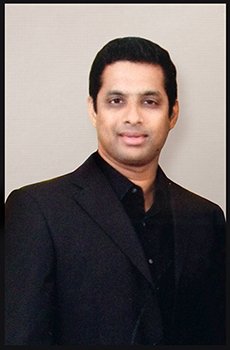 Vijay Karunakaran
Fourteen years at Intel taught Vijay Karunakaran a thing or two about man-management. This came in handy when he started InGage in 2013, developing gaming software, and augmented and virtual reality services. He now has offices in the US and Singapore, and launched his first one in Dubai two weeks ago. The laurels that came his way (his sister app development platform, Buzztm, recently featured in NASSCOM’s list of the top 12 startups this year) barely reveal the challenges that he faced when setting up shop outside the country. “Language barriers, cultural differences and long distance management are all major obstacles that crop up when you have businesses abroad,” he says. Despite that, he has managed to get 100 customers in the last two months. We are not surprised. After all, he is the man who developed Karbonn Kochadaiiyaan, the 4D augmented reality app themed on Rajnikanth.